The sun wasn’t the only thing that was blazing in August. Same Day ACH had some scorching hot numbers.

Two areas of Same Day ACH merit special mention. Direct Deposit and other PPD payments soared 115% in the space of just a year. There were 10.7 million PPD transactions this August, compared to nearly 5 million a year ago.

Business-to-business, or B2B payments also took off. The 4.1 million CCD payments represent a 50% jump from August 2018. 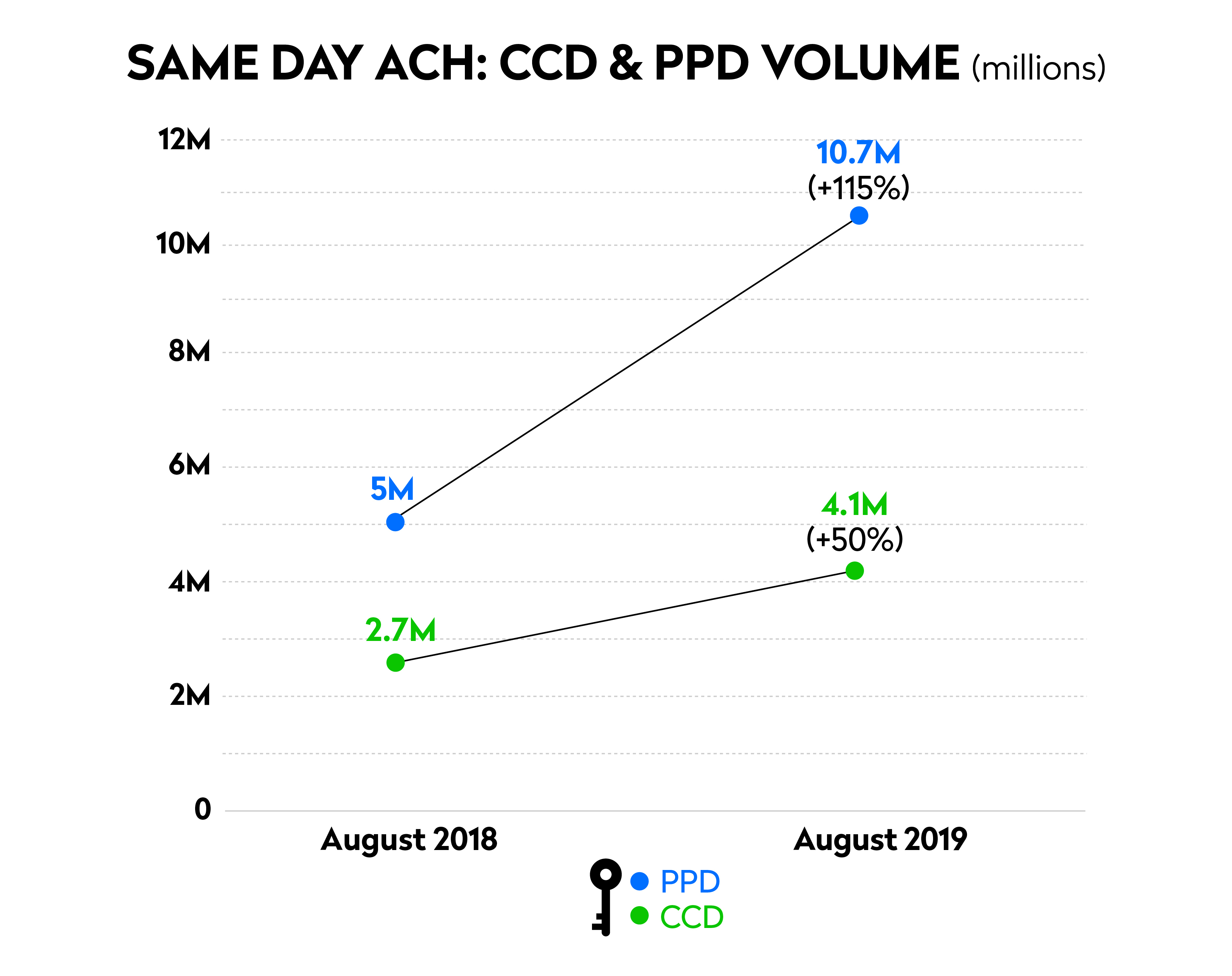