The healthcare industry has been quickly moving to electronic claim payments in recent years, but there are still significant “pain points” that need to be addressed, a senior Nacha official told a federal advisory panel.

Since the Nacha “CCD+Addenda” was designated as the healthcare EFT standard in January 2012 its adoption has been “robust,” said Michael Herd, Nacha senior vice president, ACH Network Administration.

“Measured by the number of payments, its use has more than doubled since 2014,” the first full year of use after the effective date, Herd said in written comments to the National Committee on Vital and Health Statistics (NCVHS) Subcommittee on Standards, ahead of a Dec. 12-13 hearing on NCVHS’s proposed Predictability Roadmap.

By the end of 2018, more than 300 million claim payments, transferring some $1.6 trillion, will have been made using the ACH, Herd said. And according to the Council for Affordable Quality Healthcare’s “2017 CAQH Index,” 60 percent of last year’s medical claim payments were made using the standard EFT.

“Despite this success, some in the industry have experienced pain points in adopting or using the standard EFT,” said Herd.

“In many instances, Nacha has heard that some medical and dental providers have experienced difficulties in enrolling in EFT; that claims payers or their vendors are charging fees to use the standard transaction; or that they are paid involuntarily by virtual credit card.”

Due in part to these pain points, just 9 percent of last year’s dental claim payments were made via the standard EFT, according to the CAQH Index. But Herd noted that the American Dental Association recently launched an industry-wide effort, supported by Nacha, to encourage dental practices to use EFT.

“Addressing these pain points could go a long way toward increasing adoption of the standard EFT transaction,” said Herd, adding that Nacha “strongly supports” several draft recommendations that NCVHS intends to make to the Department of Health and Human Services.

Another recommends that HHS “regularly publish and make available guidance regarding the appropriate and correct use of the standards and operating rules.” Herd said “a substantial number of providers and industry organizations” have been asking for HHS guidance on issues including involuntary payments by virtual credit cards and fees being charged by payers or their vendors to use the standard transaction.

“In several instances, FAQs published by [the Centers for Medicare & Medicaid Services] have been rescinded, most recently in February 2018,” said Herd.

Nacha expressed skepticism over a different draft recommendation to create an additional industry oversight and governance entity. Herd cautioned that the resources and attention required to establish a new entity “could have the unintended consequence of diverting resources and attention from other process improvements and updates to standards.” 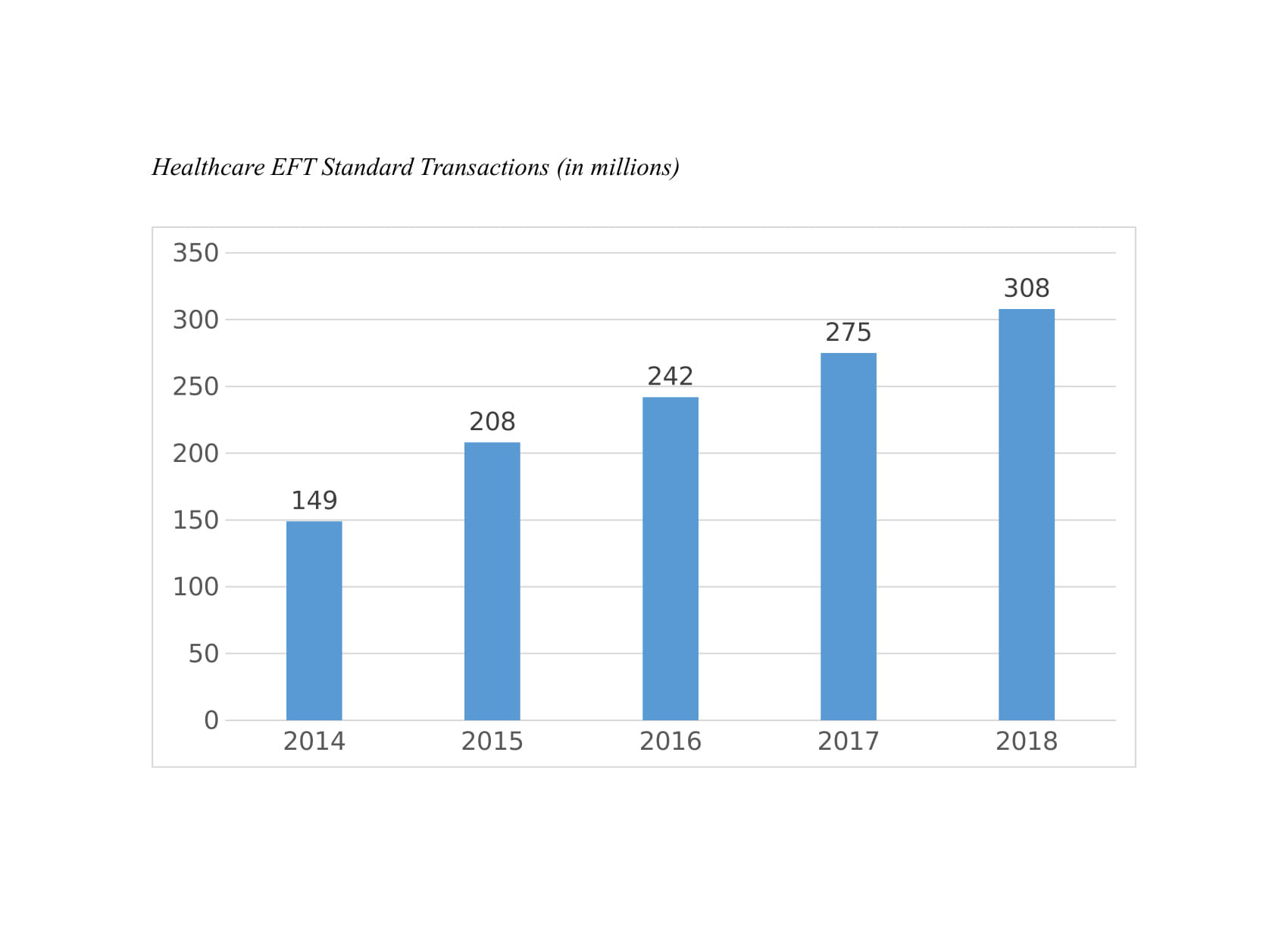 Looking for more information on Nacha? Follow us on social media.