Doctors are increasingly making the switch to receive electronic claim payments, but for dentists it’s like pulling teeth.

The new 2019 CAQH Index, released Jan. 21, estimates that 70% of medical claim payments were made electronically last year. That’s up seven percentage points from the 2018 Index.

Among dentists, there’s not much to smile about. Just 13% of dental claims were made with the healthcare standard EFT payment via ACH, compared with 12% a year earlier.

“Dental providers participating in the 2019 CAQH Index have cited difficulty in tracking and reconciling EFTs as reasons for not adopting these transactions, as well as the comfort of ‘having a check in hand,’” the Index reported. The Index doesn’t attempt to explain why dentists feel this way while their counterparts in medical care don’t.

“While ‘a check in hand’ might provide the illusion of comfort, it’s never as good as money in the bank,” said Herd. “A Direct Deposit by ACH is the fastest and most secure way for medical providers and dentists to promptly receive their money. In 2020, waiting for checks in the mail should be a thing of the past.”

Nacha reported that from 2018 to 2019, payments from healthcare plans to medical and dental providers increased 11.9%, to 343.2 million payments. (Click here to see a chart of quarterly healthcare EFT volumes 2013-present)

The doctors and hospitals receiving ACH claim payments are also racking up a lot of savings—especially compared to dentists.

While there’s still savings potential for doctors—an estimated $135 million a year—the dental industry stands to save $780 million annually with electronic claim payments. And like a dentist scolding a patient with a mouth full of cavities, the Index was equally blunt.

“The dental industry could learn from the medical industry, which has already avoided spending $624 million annually by moving to electronic claim payment,” the Index said. “The annual savings opportunity for the dental industry associated with electronic claim payment is nearly eight times greater than the $102 million in annual costs already avoided by a small percentage of the industry that has switched from paper checks to electronic payments.”

Financial institutions can help their medical and dental customers make the switch. 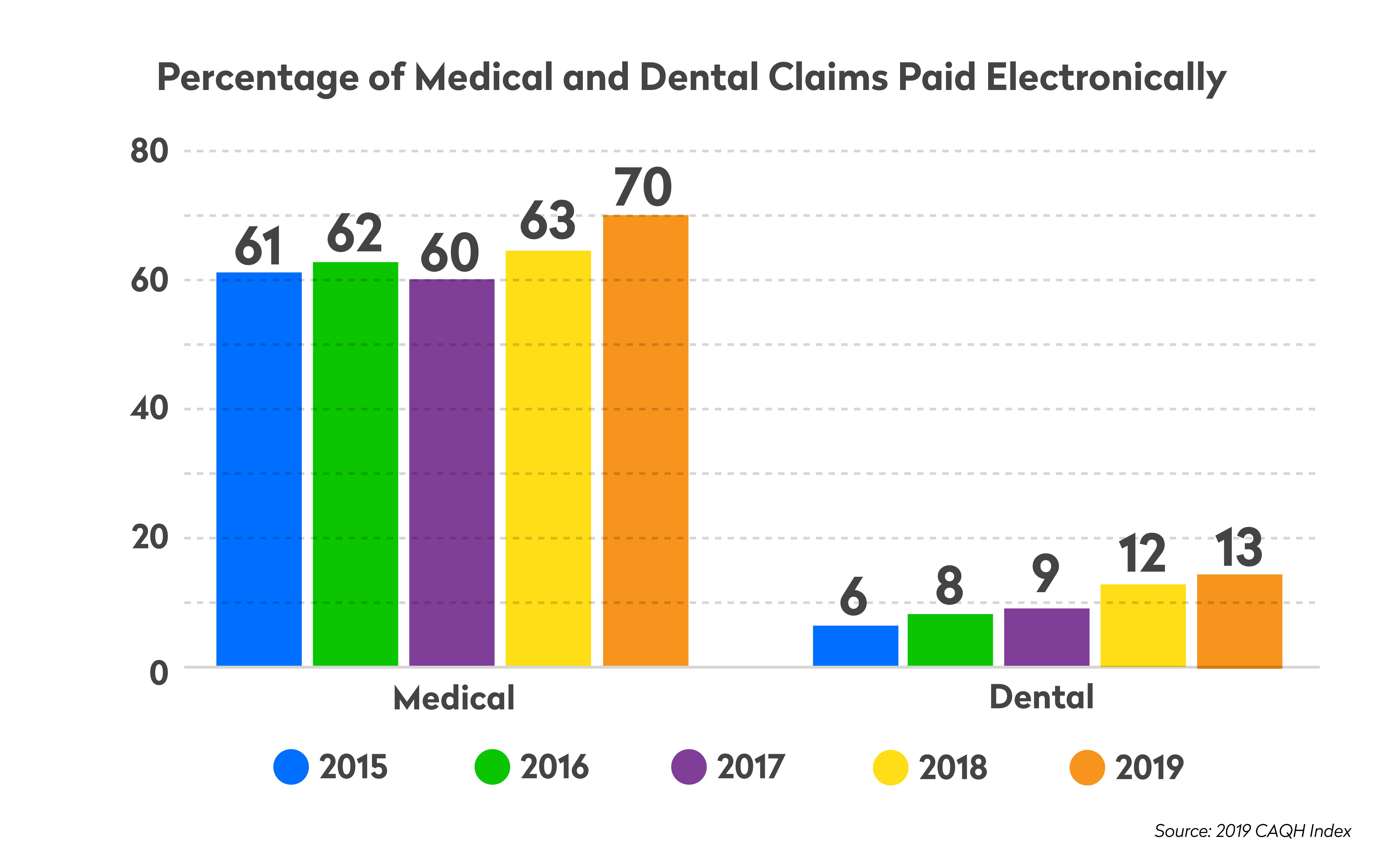