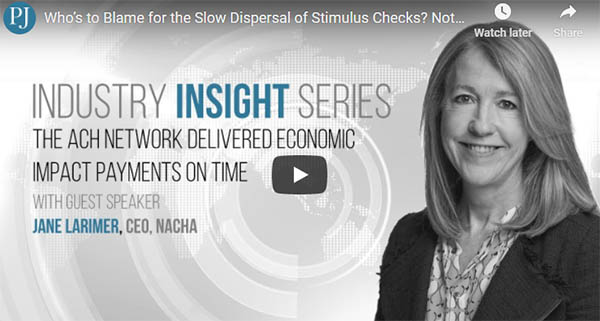 In a recent interview with PaymentsJournal, Nacha’s Jane Larimer discusses how the ACH Network delivered stimulus payments on time.

As part of the CARES Act, by the end of August, the government had distributed $270 billion in funds in stimulus payments. However, the process had several challenges.

ACH was not one of them.

“The IRS said that payday for Direct Deposit was to be April 15. And on the morning of April 15, citizens woke up and found the money available for their use, just as intended and as instructed by the IRS,” said Larimer.

To learn more, check out the interview.