A new Nacha Rule that’s been in effect for just over a year is proving to be quite successful.

The rule repurposed an existing, little-used return reason code—R11—to be used when an RDFI’s customer claims that there was an error with an otherwise authorized payment.

Previously, return reason code R10 was used as a catch-all for various types of underlying unauthorized return reasons, including some for which an otherwise valid authorization exists, such as a debit on the wrong date or for the wrong amount.

The use of the R11 enables a return that conveys this new meaning of “error” rather than “no authorization.”
The number of returns using the R11 return code has grown steadily during the first year of use (April 2020 – April 2021). In the first month R11 returns accounted for 8% of the total R10/R11 return volume.

As more RDFIs became able and accustomed to using the R11 for errors , that number has climbed. Over the past six months, R11 has averaged about 20% of the R10/R11 total volume.

“The differentiation between R10 and R11 gives ODFIs and their Originators clearer and more actionable information when a customer claims that an error occurred with an authorized payment, as opposed to when a customer claims there was no authorization for a payment,” said Michael Herd, Nacha Senior Vice President, ACH Network Administration. “This is a real benefit for ACH Originators to be able to correct errors.” 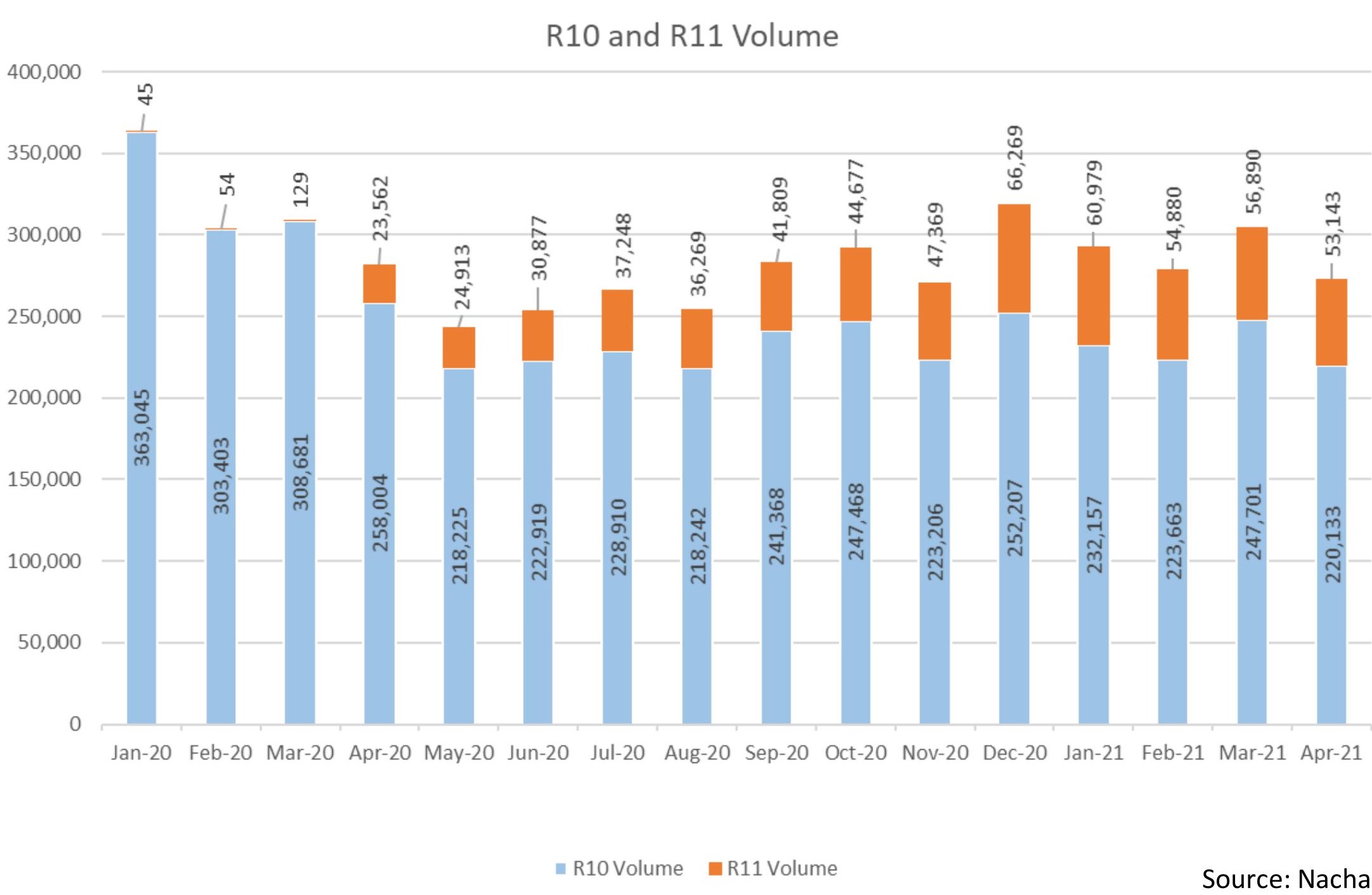