The modern ACH Network saw volume soar in the first quarter of 2021, setting two new records in the process.

Quarterly volume of 7.1 billion payments was an increase of 11.2% from the same period in 2020. The value of those payments was $17.3 trillion, reflecting a nearly 19% increase from a year earlier.

The first new record was set in February, when ACH volume averaged more than 118 million payments per day, the ACH Network’s highest daily average for a month.

The second was in March, when ACH volume hit 2.7 billion payments, the largest monthly volume in ACH Network history. This included approximately 110 million economic impact payments by Direct Deposit from the federal government.

“While these have been some of the most challenging times we have seen, the modern ACH Network has again shown itself to be not only resilient but industrial strength,” said Jane Larimer, Nacha President and CEO. “The ACH Network is doing its part to get Americans the assistance they need while keeping billions of other payments moving seamlessly.”

The ongoing migration from checks to ACH continued for the nation’s businesses, as business-to-business ACH payments climbed 17.3% to 1.2 billion.

The number of Same Day ACH payments passed the milestone of 1 billion since inception, as well as transferring more than $1 trillion in value.

Same Day ACH volume increased 90.7% in the first quarter as the number of payments reached 143 million. The value of these payments, $189.3 billion, reflects a 135.1% increase over the first quarter of 2020. Operating hours for Same Day ACH were extended on March 19, 2021, and the ACH Network now settles payments four times a day.

“Ongoing adoption and surpassing the 1 billion payments mark show that Same Day ACH is a significant contributor to meeting the nation’s demand for faster payments,” said Larimer. “Our next enhancement, increasing the per-payment limit to $1 million in March 2022, is another step to expand the reach of Same Day ACH.” 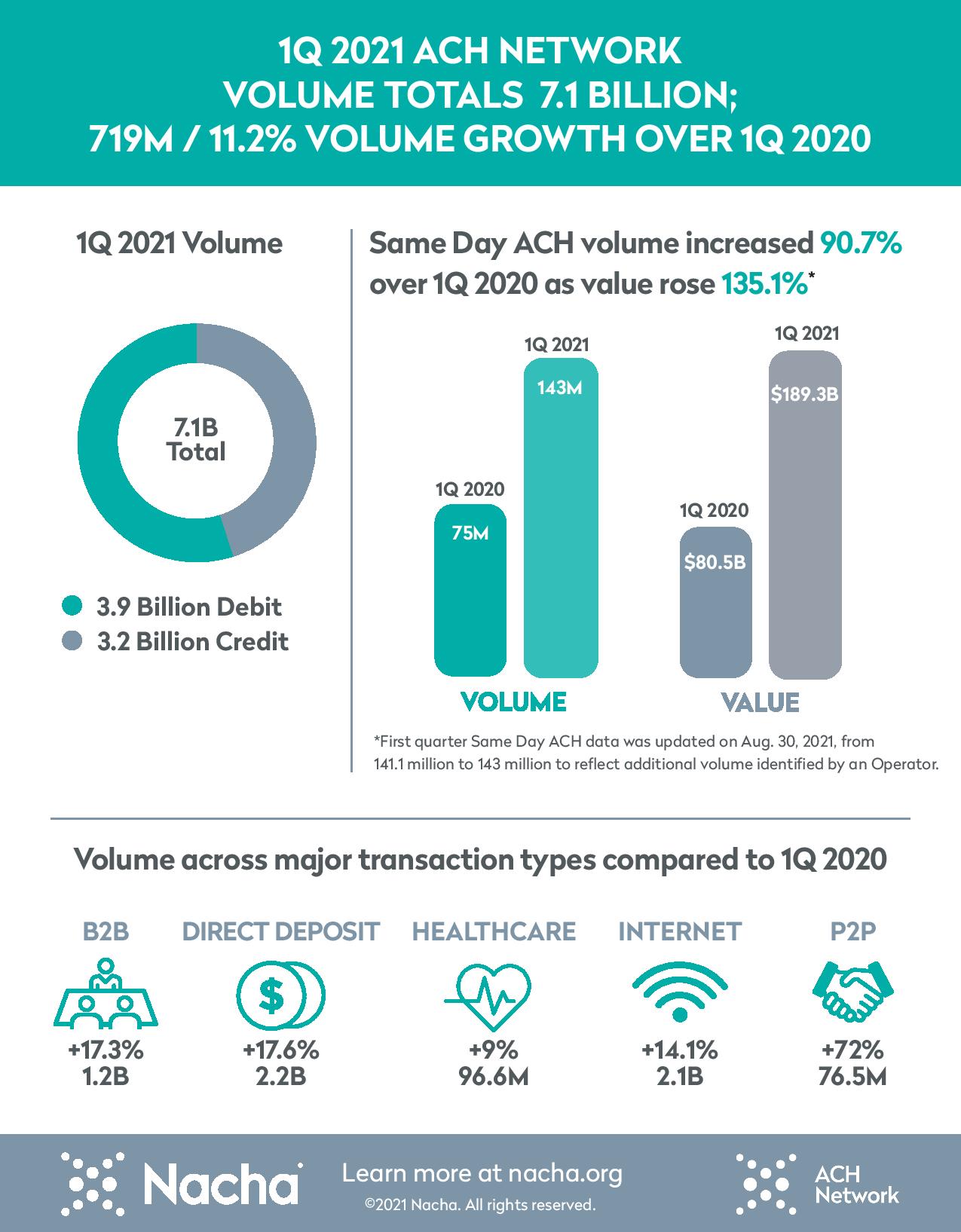